Bill Hughes is the managing director / owner of Weehooey, a Kingston-based IT company. He has been a part of Kingston’s business community since 2000, as both an entrepreneur and as a member of the Junior Chamber of Commerce, and is currently the Vice Chair of the Kingston Chamber of Commerce. I sat down with Bill to learn more about what he does, his thoughts on living in Kingston, and what challenges the business community faces. Also… what is a Weehooey? 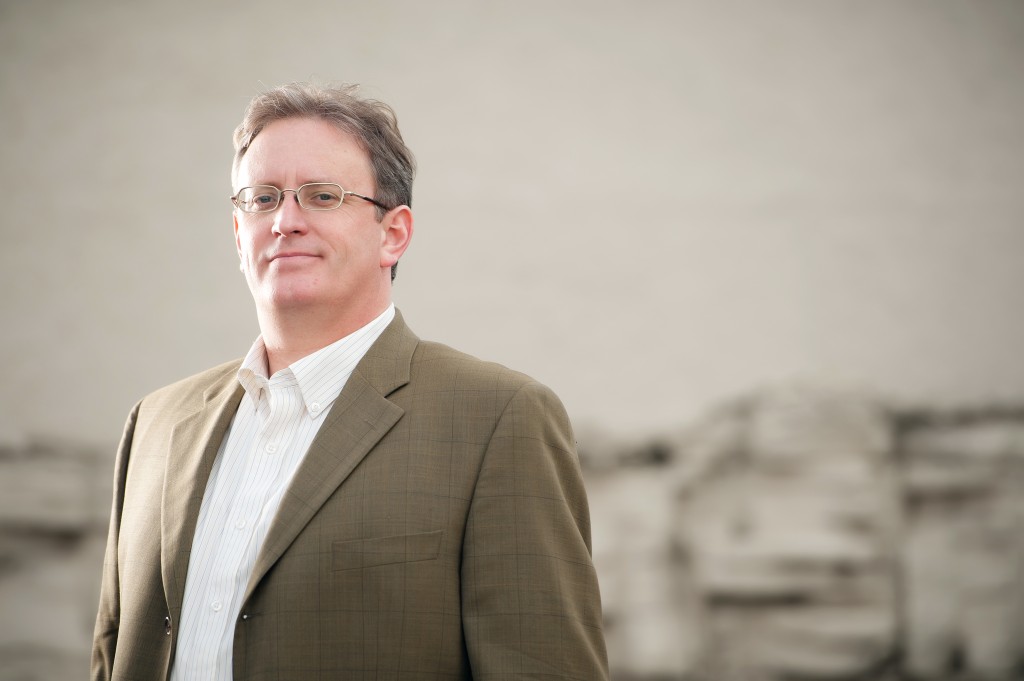 The calm demeanor of a stoic businessman

We are outsourced IT for small and medium-sized businesses. We either coach our customers in how to manage their IT, or we manage it for them.

How did you get into the IT business?

I’ve always been into computers and technology. When I was a kid, I took the money I made from my paper route and bought a computer, where most other kids were buying bb guns or toys. When it came time for college, all of my friends were going into IT and technology, so I thought that by the end of college the boom would be over. Oops! I actually started in the chemical industry, because I felt nobody else would be in it. Throughout my career, I ended up doing the IT for the various firms I worked for. When I left my last company, it was more of a phase out than a clean break, so I started to do some consulting on the side. I looked into some IT certifications, and I found I already knew most of the stuff, and had some real skills in the field.

How do you stand out?

The IT field is a crowded marketplace. There was a tender for a nearby municipality, and 13 local companies bid on it… and several chose not even to submit a bid! What helps me is that most IT providers don’t speak “human”, and they also don’t speak “business”. I am able to explain to my customers what they should be doing in both plain English, and provide a business case. For example, I’ll say they should be doing some IT work, which will save money in the long run, help manage sales, or whatever.

Also, almost all of my competitors sell Microsoft products. Their offerings include servers, server maintenance, licensing, etc. Since I started more recently, I have been able to jump on the shift to cloud computing. Instead of having and maintaining an actual server, you get a piece of a Google server in some warehouse, full of Sea-Can’s, full of servers. If something goes wrong with a server, some guy can come around on roller blades, pop out the server, replace it, and within minutes it will be populated with the correct software and connected to the system (here is a video I took from Bill’s website that shows a Google farm… wow!) The computing cost for Google is so low. I like to say that it doesn’t make any more sense to have your own server than to generate your own electricity.

I have been dying to ask this question. Where does Weehooey come from?

I have two stories about the name. First, it is the sound you make when your technology actually works! Second, when I started my company, I was looking for a short name that didn’t mean anything, but was fun and I could attach a brand to. Also, the .com was available! I could have gone with Bill Hughes IT, or Kingston Computer Service, or something like that, but it would have eliminated a lot of opportunities. When you start a business, you don’t know where you’re going to end up. You start with certain plans or perceptions, which change as you learn, grow, and adjust to reality.

I was worried at first that the name would be too wild for Kingston, which has a conservative business community. I’m providing an essential service to businesses, and I thought that being whimsical may not work well. I ended up telling a particularly conservative customer the name, and she thought it was great! The name provides an interesting contrast to what I actually do, and draws a lot of attention. I was at a supplier, and someone was just walking by, heard “Weehooey” and ran over to find out more about my company. The name has provided huge marketing value for me; it leads to the question “what do you do?” A few people have trouble pronouncing it, but I’ve actually incorporated how to say it in meetings and training sessions (note: the correct pronunciation is wee-hoo-ee).

What are your thoughts on doing business in Kingston?

Kingston is an interesting community for business. If you look at the employment numbers, it is a government town, even more so than Ottawa. Because of that, a lot of the business in town supports consumers. If you were to take away the government, we would be a community the size of Belleville, or maybe even a little smaller. There is not a business culture, but a technician/entrepreneur culture. What I mean by this is that if someone were to graduate with an MBA from Queen’s, they would have a hard time finding businesses big enough to support a position. Also, at the management level in medium-sized companies Kingston, you see employees promoted from within, instead of professional managers. Really, it’s a small town that just looks like a big town; newcomers to town expect the 40-50 people firms that buy on opportunity cost, and they’re just not here.

That being said, I think we are really lucky to have the foundation of government in Kingston, an advantage other communities don’t have. At some point, I don’t think we’ll able to rely on the government, so we need to take this opportunity to build a great business base while we still have time. I have high hopes this will happen. I see a lot of people with big dreams and big plans building businesses here in Kingston.

And thus ends a great interview. As a bonus, I’ll leave you with a point form list of companies he either started or helped start:

I probably missed some. Oh well. Thanks again to Bill.